The card game 21 (twenty-one or 21s) occurs in different guises and the deviations between these variants are in particular the number of points. The intention is to collect more points than the bank (dealer), without getting more than 21 points. The card game is very similar to blackjack. There are also similar names as “21 blackjack”. Yet there are also differences between 21 and black jack. Because there are different variants of the card game 21 there are relatively few people who know the game rules of the game 21.

Card game 21 is normally played on a suitable table with a box to place the bet. Each player places a bet in the box on the table. Then each player and the bank gets two cards. One card is shared and the other is open. The closed card may only be viewed when an extra bet has been placed. If a player has been awarded an eight and a seven, he may request new cards from the dealer. If a player receives two identical cards (with the same value), it can be split. Both cards are placed in a bet box and the player has to place an extra bet. Then he can continue playing with both cards.

The bet can be increased but not reduced after each card. If a player has received seven cards and does not yet have 21 points, then he has won. When the bank and player match the same number of points, the bank wins. If the player has more than 21 points, he is off (broken). The player may fit at any time.

The bank shows his close card to all players as soon as he plays his turn. The bank will still share a card at 16 points or less. He will match 17 points or more. Sometimes the players play in turn for the bank. In that case, it is customary for the player to remain the bank if he has matched 17 points or more. In the event of a draw, the bank wins.

Values ​​of the cards

The values ​​of the cards differ from blackjack and are as follows:

Ace 1 or 11 points (choice)
King 4 points
Woman 3 points
Farmer 2 point
7 to 10 points according to card
The type of card (hearts, spades, clubs or diamonds) is not important and the jokers are not part of the game.

As indicated earlier, people are very creative in devising deviant rules of play (whether or not in their own interests). Some examples are:

A player must earn 25 points if he has been awarded 2 Kings
2 Aces make 21 points together
The Joker is counted as a self-chosen card
With 6 cards less than 21 points, a double bet means a payout
With 7 cards, no 21 points means a triple bet as a payout
Deviations Twenties of Black Jack

If you want to play twenty-one on the internet, you might as well go for blackjack. The differences between the two games are very limited and the offer is just a lot bigger. You do not have to search until you find the game, because at the internet casino Casino 21 you can play blackjack directly: without download or registration. At Black Jack, the King, Queen and Jack have a value of 10 points. In the case of twenty-one, the combination 777 is the best combination to reach 21 points and this is higher than a 10 and an Ace. With Black Jack a 10 and an Ace is the best possible hand and that is called a Black Jack. Read more about the game rules of blackjack here.

The most actual BONUS information from 21casino. We provide exclusive bonuses for players at the most trustful online casino from the UK.

Become a member of our vip program and receive an exclusive BONUS .

Get your Freespins and bonus here! 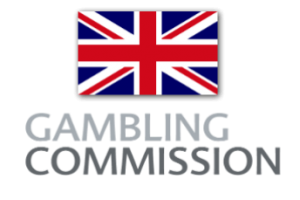